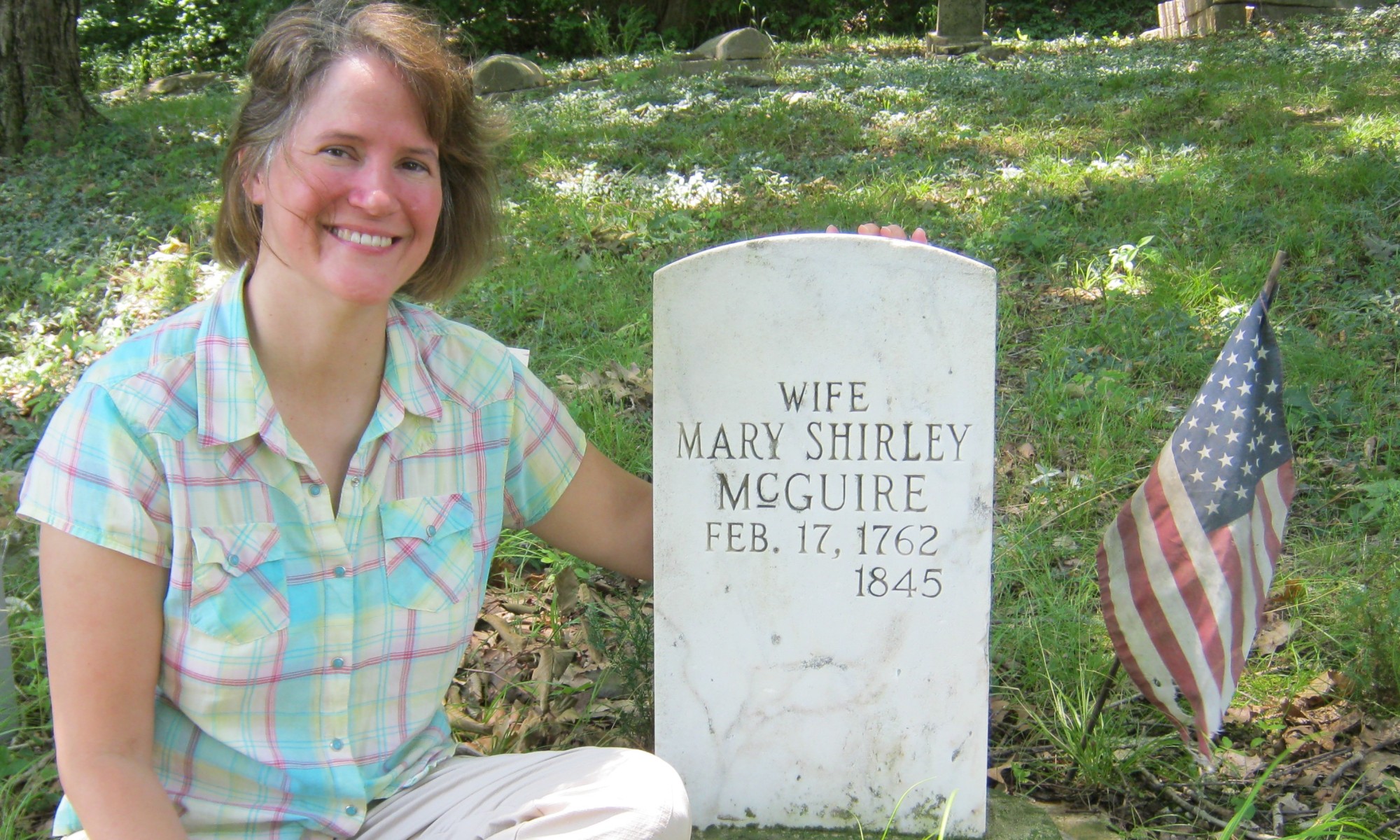 The National Daughters of the American Revolution honor her with a chapter in her name in Plano, Texas.

The Texas DAR website provides a brief history beginning with, “This chapter of the Daughters of the American Revolution was named for a patriot, Mary Shirley McGuire, who suffered much for the American cause….”

They placed a marker on her grave in the Horse Mountain cemetery in Wartrace, TN.

I’m an eighth-generation descendant. However, her story was unknown to me until I sorted through a box of genealogy documents from my uncle. I sought to verify information online and discovered a more complete story.

In June 1780, Mary was an eighteen-year-old wife and mother with an eighteen-month-old son, when a large force of Native American warriors with British and Canadian soldiers raided forts in central Kentucky.

Mary’s little family was among 400 settlers taken as prisoners of war to Fort Detroit. Those deemed “rebels” boarded boats headed to Montreal, Canada, where they live as POWs until a prisoner exchange in 1782.

I hope to write the non-fiction version of Mary’s struggle in the future.

It could have happened this way

Mary’s story inspired me to write a fictional account of her early teen years in the Greenbrier Valley of now West Virginia. Her father owned 527 acres on Indian Creek and helped build Cooks Fort. Here, she developed into a tough, resilient, practical minded frontier woman and wife, capable of keeping herself and young son alive on the death march to Detroit. The Dangerous Loyalties Series brings her to life and allows her to vent.