Do Students Love Your History Class? 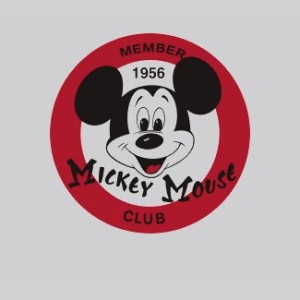 “History is boring.” This attitude prevailed in me until my junior year in high school. The first thing I saw upon entering Mr. Eklund’s American History class—a Mickey Mouse club poster hanging above his disk.

He stood in front of the class wearing Mickey Mouse ears, instructing us to take out paper and copy the notes from the chalk board. The information would be on our test and we could use the notes. He had a strange accent which required concentration to understand. As the class wrote, he filled a second chalk board with additional hard-to-read writing. Before finishing the first board of notes, he erased the top half and continued writing.

Each day we had a pop quiz. “What is the capital of– (random countries and states)? Occasionally, adding, city, to the place would land the correct capital. He also had us learn the name of each president, and their affiliated political party.

There were times he taught deep and profound wisdom, like the day a fellow student whined, “I’m bored.”

His tests were essay, requiring a paragraph with complete sentences. Yay for the notes. The last question on the test would be “What is the capital of—”. On the back of the test we wrote our president list. Bonus points were awarded for each one correct. Brain cells were depleted.

Making an A+ in Mr. Eklund’s class was ridiculously easy but excruciating at the same time. Of course, I can no longer remember all the presidents and their political parties, or the capital of those random countries, but he made history a proactive subject, and I’m thankful.

I found his obituary from 2004. In lieu of flowers his family created a Scholarship Fund to help students go to college. The family also included this tribute:

Love of his family was equaled only by his love for the students he taught with great joy for so many years. Learning of his sudden passing, one student remarked that “Mr. Eklund was one of those rare birds who did it right, did it well, and left a bit of himself in each student. I know he left his mark on me, and the older I get the more I appreciate it.” Another, writing from the naval carrier on which he serves, said that “He made each student feel important, even if he was calling us ‘cloth ears’ or giving us ‘a zero for the day, sport.’ His unique phrases and unforgettable mannerisms made an otherwise dreaded subject something to look forward to for countless thousands of teen-agers, all of whom are grown now, most with kids of their own. So to say his impact is immeasurable is an understatement. He really embodied all that Hollywood would have us believe about teachers, that theirs is a noble profession and that they truly change lives. He did.”

Among those left behind:

. . . thousands of friends and former students enriched by his gift of teaching with love and tremendous wit.

Don’t be a boring person. Make history fun and challenging for your students and change the negative perception that history is boring.

Because romping about is not socially acceptable.